Get fresh music recommendations delivered to your inbox every Friday.
We've updated our Terms of Use. You can review the changes here.

Eat My Heart Out 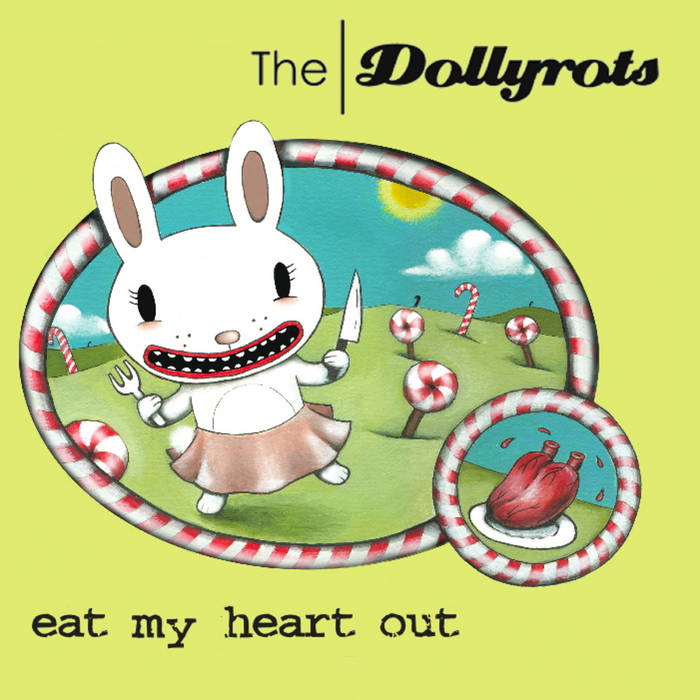 From Allmusic:
There's nothing new under the sun, especially in the world of rock & roll, and thank heaven for that. The Dollyrots are certainly nothing new -- no genre-transgressing experiments, no incongruous fusions, no mind-expanding instrumental solos or side-long suites. Just 13 tight, compact, sweet, and crunchy bursts of punky power pop. Imagine the Ramones with a girl singer and more than three chords (but not much more), or maybe Belly if Tanya Donelly didn't have that weird death thing going on. Eat My Heart Out starts off with a bang, with a brilliantly ambivalent kiss-off song titled "Kick Me to the Curb," then proceeds from strength to strength: "Jackie Chan" is just what you'd expect, a charmingly trashy celebration of kung fu movies in the guise of a breakup song; "Goodnight Tonight" couches sweetly adolescent love lyrics in grungy guitar noise over a 6/8 beat; the lyrics to "Dance With Me" read like they're probably supposed to be suggestive, but they just come across as innocently longing. Then they end the whole thing with a fantastic aggro arrangement of the Ronnie Spector classic "Be My Baby." Singer Kelly Ogden is what really makes this band work -- her voice is clear and sharp, and her delivery is by turns sweet and snotty. Very highly recommended.

**PURCHASING THIS ALBUM IS BUYING DIRECTLY FROM THE BAND! SUPPORT INDIE LABELS AND PUNK ROCK MUSICIANS! Kisses - The Dollyrots**